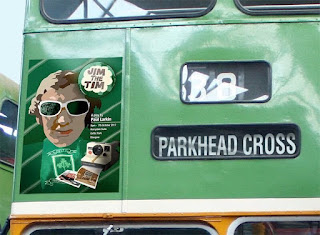 We had a laugh on the HomeBhoys last night about the prospect of Steven Gerrard standing in the away dugout at Celtic Park pretending to not enjoy 52,000 people singing You'll Never Walk Alone. I was actually in Liverpool post-5-0 trouncing of Sevco and the dialled in Liverpool fans were pretty astonished that Gerrard was even considering it. I'm not that surprised. Gerrard's ultimate aim is to manage Liverpool and, despite stories of the Boot Room and all that, Liverpool were never going to do a Roy Evans again.

I've seen and heard a lot of drivel spoken regarding his religion and so on and, aye, I know the staunch will use that as the first stick to beat him with but in all honesty, who really gives a fuck? As long as he is not a Jedi, I don't care. The stuff I care about is can he do the job and what funds will he have? As Celtic supporters, that's all we should really care about. In terms of ability to do the job, no one knows with any certainty. Very few great players make great managers and I've always thought that's because lesser players have to think about the game more. People say he talks a good game but so does Harry Redknapp and he's won only one trophy (and that almost killed Portsmouth)

In terms of cash, they have none at the moment. Despite daily dire warnings from the usual suspects, there was never a chance of them going into administration this season. Anyone with any experience in the financial game would tell you that and that's why I'd always defer to them. Which means talk of the feted "investment" that has had social media abuzz in the last few weeks. I never really buy into that. They say the best way to take £5m out of football is to put £20m in first. The modern addendum to that should be "or tell Sevco fans you're going to bankroll their club"

Let's say it did happen though, that Gerrard was given, say, £20m, in the summer. Is that really such a bad thing? We saw too many examples last season where our lack of motivation enabled some horrendous performances and that has to come down to the fact that there was no real pressure on us in these games. There's also the fact that we could spend £20m on players in the summer too. (who knows, other clubs might awaken from their slumber too and we get to rid the game of dinosaurs like Levein and Wright)

Admittedly, the downside of this is the rivers of guff we will need to swim through as Level 5 go into overdrive but we have been here before and he was a Scouser too.

All that matters to us, really, is what we do, and what I expect is a big turnaround of players in the summer, leading to fees coming in of circa £30m.  Add that into an already healthy bank balance and the best manager in the game controlling it (sorry Jack Ross) then I think we can afford to sit comfortably before the games begin.

Then we walk on.