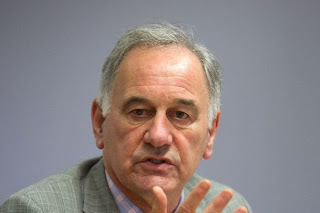 It's ironic that, as we gear up to tip a nod in the direction of our old friend Craig Whyte, the Red Tops in Scotland are seething with the same anger that the filled the last days of (no Pope of) Rome. Of course seasoned hackwatchers will know that they could not go in, guns blazing, against Sevco, without some anti-Celtic story, like the nonsensical campaign to label Kris Commons a diver, something which anyone with eyes knows is ridiculous.

The words from Keith Jackson and Bill Leckie are of two Sevco supporters who are demanding things change at their club. It cut Keith in particular to the bone when Rangers oldco died in the summer as he was the guy who brought Craig Whyte to the fore, shaped his image so the fans would believe the "wealth off the radar" nonsense and assured the hordes that the Gers were on the way up. Now top man at the Record, Keith can't being himself to name the one man responsible for the demise of Rangers oldco, even in the circumstance of not having Traynor dictating his every word. Traynpr isn't still dictating his every word, is he?

Leckie continues the theme that Sevco have no "class", whatever that means. I say that because I never saw any eminating from Ibrox in the past so see no reason why there will be any from the new club. It wasn't supposed to be like this. As Stewart Regan (isn't he supposed to be in Peter Lawwell's pocket?) reveals the lengths he went to to parachute Sevco into the SPL, the Jackson's and Leckie's of this world have finally realised that Charles Green couldn't run a menage and Ally McCoist would have trouble managing a Subbutepo team.

Something any Internet Bampot could have told you months ago.
Posted by Paul Larkin at 3:26 AM