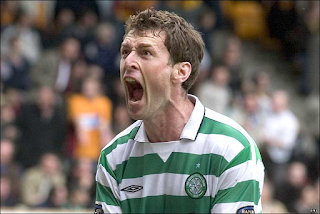 As we move, finally, to the the inquiry that will address what appears to be the biggest scandal ever to engulf Scottish football, it is important that we, as supporters, don't accept anything less than justice.

Whether you are in the camp of jusr wanting titles stripped from Rangers oldco as a bare minimuum or, like me, you want what I believe is rightfully ours, the common bond is that we all want this stain washed off Scottish football as soon as possible.

You will have probably noticed that Sevco cages are rattling more than normal just now, because they are scared. The rub is, even they know you can't pick and choose what history you claim. Leaving aside the nonsensical argument that they are still the same club, the world and its wife knows that Rangers oldco registered players illegally to gain an advantage over the rest of us.

That's why there were side letters.

When the media sidestepped the alarming, for Sevco fans, comments from Charles Green that Sevco were running at a loss and instead chose to print and broadcast the fanciful drivel that Ibrox would be modernised, we got a reminder, once again, how they will come at this inquiry.

For me, it's personal. Out of the five league titles that are being scrutinised, we lost three of them on the last day (2003, 2005, 2009). Whatever you think about about the particular merits of the Celtic teams that competed for those titles, the fact is they should not have been up against the Rangers oldco teams they played.

That's the whole thing in a nutshell.

I also say now that I hope justice is done for those teams, like Hibs and Aberdeen, who played by the rules for years, suffered greatly for it, whilst cheats prospered.

I am sure, if my love letters from Sevco fans are anything to go by, that if this blog is read by any Sevco fans I will be dismissed a bigot, a hater of Rangers oldco and a fenian with an agenda. However, this is not just about Celtic, this is about the whole of Scottish football.

I say whole, it's not really, it's about the people in Scottish football who didn't buy into the propaganda that David Murray put into the game for 20 years, the ones who remember the policy of apartheid at Ibrox and the ones who don't regard Ally McCoist as a "cheeky chappie"

This is about justice and anyone who does not want it done, you have no place in Scottish football and you should regard yourself in the same mould as the lickspittles who are frightened by Jim Traynor.

Justice is the least we should expect.
Posted by Paul Larkin at 11:15 PM