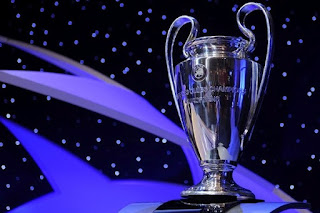 Is life bad or was it just Celtic?

I often find that if Celtic are playing well and winning, everything in life is good. When we lose, I start to notice everything shit around me.

Saturday was an awful, inept performance. Our worst since Ibrox almost a year to the day.

There is no doubt in my mind that, along with a great St Johnstone performance, a huge contribution to our defeat was one eye on Wednesday.

Ony Scott Brown, from the players who played on Saturday, has represented Celtic in the Champions League before and it's all new for the rest of them.

Ditto there is a new generation of fans who have never seen Celtic play in the Champions League, not live anyway.

I don't take Neil Lennon seriously when he says "If I hear Champions League once more..." When he has been as guilty as anyone in terms of talking about it and perhaps being part of the loss of focus.

For me, my biggest concern for Wednesday isn't the players ability to raise it again, it's the defence. Our priority has been two good centre halves since time immemorial and we still don't have them. We may have one in Ambrose, we don't know and won't now know on Wednesday either.

It's clear that a lot of players are either off form or, for whatever reason, believing their own hype. Izzy remains a complete mystery. He hasn't looked close to the player he was and it's worrying there are no signs at all of a proper comeback.

Lustig has been ok in some games and awful in others. To be fair, he's at a new club and already played three different positions. The defence is chopped and changed far too much.

Gary Hooper isn't at the races just now and, it has to be said, doesn't look like he is giving his all. If you look at the performance of Jermaine Defoe against Reading on Sunday, that's the type of performance we expect from Hooper and we know he is more than capable of it.

Finally, there is the Victor Wanyama problem. For someone with so much talent, he is not having the impact on games he should have. On Saturday I put it down to him never really knowing where his midfield partner was.

Celtic have played well once this season in the SPL, at Inverness, yet very well in four European wins, so it's clear that the talent is there. We clearly have the best squad of players in the SPL and matching other teams committment should see us win most of our games but it's not happening just now,

Europe last season was the launch pad for our season and you have to hope that this will be the case again. The experience gained from last season will be vital and as supporters we expect performancs to dip after Champions League games.

We will never accept anything less than 100% effort though.

I hope everyone who is going to a Champions League game at Celtic Park for the first time has the time of my life. Despite my opinons here, Celtic have good players capable of great things and three points on Wednesday will launch us into an orbit where anything is possible.

Your generation deserve that.

My generation need it again.
Posted by Paul Larkin at 12:28 AM