The future is unwritten 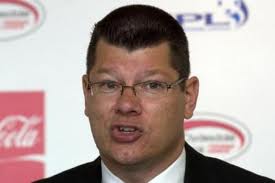 I must admit it, I never thought I'd see this day. I knew they were going to die but thought they'd get a Newco in the SPL. Thank God I was wrong.

So what now is the future of Scottish football? Here's what I'd do.

Set ticket prices
If this fiasco has taught us anyting it's that the people at the top of the game are completely out their depth. I mean at clubs as well. When it finally dawned on them that Rangers were going to die, all they talked about was money, money, money and that was a massive error. Right now supporters are feeling good about their clubs, this is the time to get folk back through the turnstiles and set ticket prices at good rates would be a huge start.

Play offs
A must and proper ones as well with one team relegated and the top two and bottom two of each division in play offs. They are exciting, they add spice to leagues and the fans flock to them. There should also be incentives for non league teams to get in Div 3 and this is the ideal way to start it.

SPL Reserve teams in Div 3
This is now a no brainer given that a Newco will, eventually, be in it. No promotion for them and I'd also throw in that at least six players in each reserve team should be Scottish.

Spread TV money more
It's absolute nonsense to suggest that money in Scottish football is not spread fairly given that clubs get to keep all their own income. However Celtic should give up a slice of the TV money we get in return for us being allowed to sell our games to our supporters outside of Scotland in the inevitable new TV deal.

Summer football
The most radical change and most needed. With harsher winters and the need to get more younger peoeple through the gates, I think this is a must. Not to mention being mid season with europe comes around. Bigger crowds, better pitches, no call offs, lesser need for floodlights(bills), better conditions for supporters.