The third eye killed them 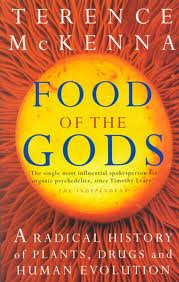 Terence McKenna believed that magic mushrooms were left on this planet to enhance and speed up our evolution and clean our mind's eye. Ok, not the most popular theory out there but one explained in far better and far much more detail in a book I highly recommend(above)

I say I recommend it, it's not for all. For example, I don't think anyone on the insanity side of the Rangers story would like it. With it encouraging free-thinking, that's going to make them mad. You only have to look at the anger directed towards people who report the facts of the story, not the spin and bullshit that puts them on the brink of death, but the actual facts mind.

This rush to shoot the messenger is a bizarre trait, one which I really don't get. Let's face it if Phil MacGiolla Bhain was called John Smith, all the dark side would have listened to him all along, right?

Then there is Alex Thomson, an award winning journalist from a major TV Network, portrayed on a Follow Follow as a bumbling fool. Really guys, really?

Finally Matt McGlone is getting it in the neck and the irony of that can't be lost on anyone. Had Rangers had a Matt McGlone type they might not be spending all day praying for another moonbeam. They don't though.

That's the thing see, in the Tim lexicon, the Celtic third eye has 20/20 vision.

Which is a real shame for Rangers.
Posted by Paul Larkin at 1:32 AM