When the nerves kick in 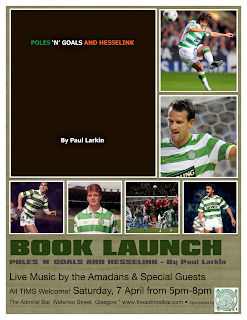 Just over two weeks to go to the Book Launch. The first batch of books are out to bloggers and journos alike and, so far, the response has been very positive. Of course you can never be fully confident and everyone knows if you tell someone 99 times that you love them and once that you hate them, most people respond with "Why do you hate me?"

I've been very grateful to shows like @oaocelticnews and @btwcelticshow for the platforms to plug my stuff vocally and @celticnetwork11 through written means. It is via these mediums that you try to get your message out the best you can. It does get easier. After I started writing again, the first show I was on was The LostBhoys, just over a year ago now, and there is absolutely no doubt that it changed my life. There is also absolutely no doubt that I was very nervous before it. Thankfully Chris McGuigan who does the interviews is very much a guy I relate to and he made me feel very comfortable.

When I did that show I had about 30 followers on Twitter, and at least 15 were hookers, within two days I had 150 and it just kept rising to what is now over 3000 which is overwhelming and very humbling. What it also does though is it helps you shape the work you are putting out. With instant feedback available you can find out what works, what doesn't and what folk want more of. With that in mind I already know what my next two projects will be. The first, out in November, will be a novel. It has a big Celtic theme in it and is a big leap for me. The second, this time next year, will be back to my more tradtional type of stuff. Then after that I intend to take a time out from writing books(hopefully just before you are all sick of me)

For now though, with the new book out on April 6th and the Book Launch on April 7th, the two things keep going round your head, will folk turn up to the Launch and will folk actually buy the book. There really is nothing more you can do other than promote them and hope for the best. I don't have mega publishing companies behind me or vast sums for advertising campaigns. What I do have though is some incredibly strong friends who help me immensely and without them, none of this would be possible.

I've spoken to lots of the Celtic Family in my life but in the last year probably more than ever. It gives you an energy source that can be used to create and I love it.  As I always say, stuff like this will never be universally embraced, which is why the folk who do embrace it mean the world to me.

And calm the nerves hopefully. 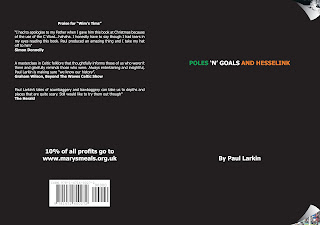