One great Celtic day in The Bronx 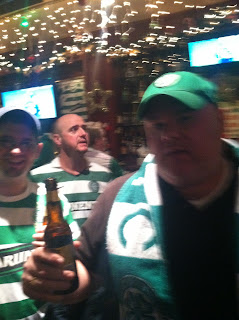 So on Saturday Wim's Tims was launched officially in The Bronx. Of course the book has been out for six weeks now but we like being unconventional. Target of $2000 has been raised that's down to all the people who bought the books when all is said and done. Money is important in these things but more important is keeping Phil O'Donnell's name alive. That's why, for example, people will walk from Fir Park to Celtic Park on Dec 29th. 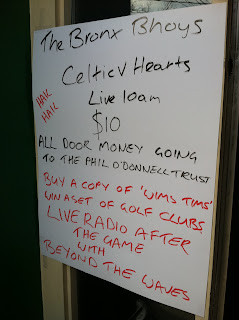 As for the day itself, it could not have went any better. The guys from @btwcelticshow came up and once they realised they weren't going to be killed in The Bronx, they were fine. In any of these type of events you always have that wee nagging doubt of folk not showing up or, worse, showing up and having no interest in the book and just coming for the game. All these doubts were washed away when Nick Laveglia from Queens came in, bought a book right away, and this started a rush. By full time all books had been signed and sold. What was also brilliant for me personally was that folk seemed genuinely interested in the work. 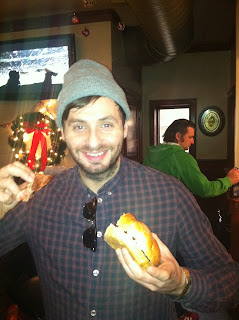 The venue for the launch was The Celtic House, home of @bronxbhoyscsc and the hospitality was out of this world. Club President Chas Duffy organised a superb breakfast for everyone of rolls on bacon and sausage, expertly modelled here by Marti Crampshee, and it really did add to the occasion, not to mention the warm welcome and the "nothing too much trouble" attitude of the Bronx Bhoys and barman Kevin Logan. 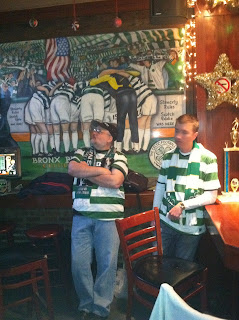 Of course the game was a tense affair with the roof almost coming off the club when Wanyama put that one in the top corner, only for it to come back in when Calum Murray saw a penalty that no one else did. Thankfully Big Fraser saved the day and children could sleep safe in their beds once more. 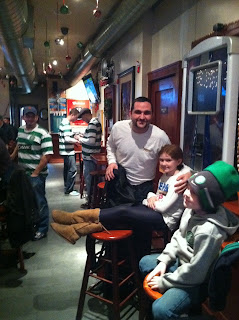 Post match and there was a raffle for a set of golf clubs, fittingly won by Gary Haley who was the inspiration for me writing again and before anyone cries "FIX!", it was the barmaid who picked it out. 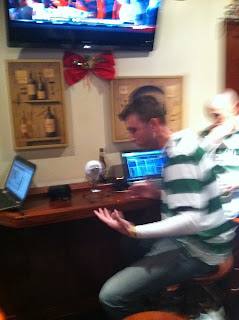 After this, @btwcelticshow got going and what a show it was. Streamed live, there were interviews with Gary Haley, Chas Duffy and myself. Fair play to @grahamdwilson his questions were excellent and speaking personally it was nice to be asked about the creative process as for cathartic reasons alone it is good to get that info out as writing a book is a lonely existence and...what is is this? Inside The Actors Studio? 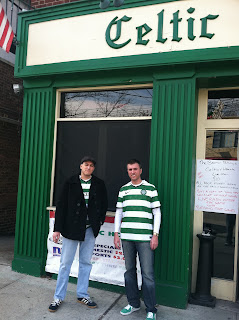 So everything went fine and a great day was had by all. It always fantastic to be amongst The Celtic Family, especially when you're a long way from Paradise from here....
Posted by Paul Larkin at 5:43 AM