When Hibs were good? 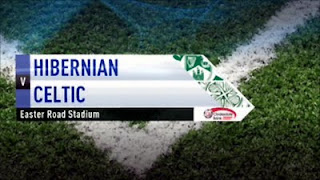 Celtic's first real game of the season takes us to Easter Road for a ridiculous early KO on a Sunday. Being from Edinburgh I keep half an eye on Hibs (and a shotgun on Hearts) and when I last lived in Edinburgh I lived a Fraser Forster throw away from Easter Road so knew what was going on. Quite frankly Hibs baffle me these days. I'm 37 now and as long as I have been alive Hibs have been garbage save for a wee flurry in 1991, 2000 and 2007 and none of them even lasted a full season. Their last great team was the early 70's, unfortunate to be up against the best team Scotland has ever seen. I've been going to Easter Road since the late 70s, not just for Celtic games, and have watched a Hibs support evaporate to the point where even most of the Leith and Muirhoose diehards have had enough. Of course they have had their days, and may even have one on July 24th, but they are becoming so few and far between now that they aren't enough to keep fans coming back.

I attended the 2006 semi final against Hearts. I didn't really want to go but my mate was insistent so I sat in a half empty Hibs end as Hearts romped to an easy 4-0 win and their fans revelled in it. Anyone with even the remotest concern for Hibs should have used that day as a wake up call but they didn't and good players were sold to the point now where Hibs look like a bottom six club with a good, if completely atmosphereless, stadium. Whoever sanctioned the decision to increase the capacity to 20,000 at a time where the average attendance barely gets above half of that would be lucky to get an HNC in Business Admin at Telford College.

I've talked before about the rising hatred Celtic face at Easter Road now and put this to a Hibby who put it down to Celtic continually spending more money than Hibs. I'm not sure I buy that if you'll pardon the pun. Quite frankly it's bad enough not winning anything but when you have absolutely no obvious identity who the hell do you hope to attract to your ground? Hibs as a club have long since distanced themselves from their Irish and Catholic roots and more and more their fans(but not at all it has to be said) have too, culminating in this attempt by their fans to cultivate some sort of Leith/Edinburgh/Anti-Glasgow image at a time when Edinburgh has never been so multi-cultural and Leith itself now has a huge and dedicated Polish community. Irvine Welsh has a lot to answer for.

This is not a dig at Hibs, it's a wake up call that none of their fans will heed due to my alliegance. It's time for Hibs to regain what they once were or it won't be long before they become the Leeds of Scotland.
Posted by Paul Larkin at 5:50 PM