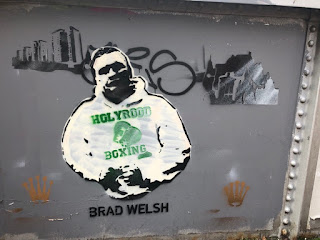 Posted by Paul Larkin at 1:43 AM No comments:

Do fans have a shelf life?

It was only yesterday evening that I became aware of another incident of stuff being thrown at a player, this time at Fir Park on Sunday. I think most fans are sick of it but then again how many folk do I really speak to who are, say, half my age (22). In a football context, not many. I find myself, as a middle aged man, increasingly out of touch with the aims and views of younger fans on Social Media. I don't moralise on behaviour because I did plenty when I was young that wasn't big or clever so I'm no position to point the finger even if I wanted to. There's no doubt though that fan culture, Celtic fan culture, for that matter, is changing.

I've no doubt there was a joint government/polis drive to criminalise rebel songs just after the Huns died. That failed so we now have all the snipers firing pot shots anytime anyone in the Gallowgate says they fancy a pint of Guinness. I've said this until I am green in the face and I will say it again, rebel songs have been part of Celtic fan culture since at least the 1920's and if you feel now that they no longer should be then sending an angry tweet or writing a click bait blog (before you say anything, I make no revenue from this blog and have never taken an advert on board) is only going to make people rebel further. There needs to be proper debate and discussion (something that Celtic don't seem to be the slightest bit interested in despite the regime being vehemently against them)

The way Celtic fan culture has really changed, in my view, is the tolerance of perceived arseholes. When the casual movement built in the 80's, Celtic never had a crew in line with the size of the club because the casual culture wasn't tolerated by many fans. In the 80's in particular, I witnessed lots of times the Celtic casuals got hassle from Celtic fans to the tune of "Casuals, Casuals get tae fuck" and that seemed to be the mindset of most fans. Moving forward to now and I keep seeing certain types of behaviours come from a few folk at away games that would have never been thought of never mind tolerated at games before. Pyros on the pitch after every away goal, I don't understand. I get the spectacle among the fans it creates and have seen displays in Europe that make the ones in Scotland look like a lit match but I don't see the point of throwing it on the pitch? I've also seen a selfishness among some. I remember being in Paris and seeing a guy hang a banner up right in front of folk, completely obscuring their view of the pitch and when I pulled him up on it, he couldn't see what the problem was. I've seen a lot of times when folk have thrown their weight about because they are in big groups at games and they've acted almost as like they were part of a group within in a group that perceived themselves to be untouchable. That's an alien concept to me among Celtic fans. You might read this and think you don't see anything wrong with these things and that's fine, because it's you I'm reaching out to to try and learn more.

I caveat all this with me getting older and perhaps nearing the end of my home and away commitment but I don't think I'll ever understand anyone who, after Christie scored in Paisley, thought "I'll throw this firework now" If that makes me a fuddy duddy, so be it.

What I will say though is that Celtic fans enjoyed the best reputation around for decades, that's why they invited us to all the testimonials and exhibition games and why we could laugh at the huns when they didn't. As we have seen in the last few weeks, Sevco have a PR department set up to maximise any perceived ill and deflect any and all because they had to. We were always above that.

That's where I'd like to be again.
Posted by Paul Larkin at 1:44 AM No comments: