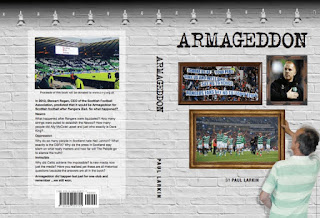 I'm well aware that someone has uploaded Anyone but Celtic to YouTube. I don't know the person or have any affiliation to them. I also have no truck with the pathetic excuse posted regarding stealing the film. With that being said, I understand the way world is and I also understand the shelf life of any independent film. There are lots of things I could do right now and, having been in touch with my lawyer on another issue last week, it would be easy to pick up the phone again but I am not going to.

What I am going to do is tell you that you can now pre-order the Armageddon book and DVD.

The link is here http://www.ls86productions.com/armageddon/

All I ask is that you consider buying.
Posted by Paul Larkin at 2:58 AM No comments: 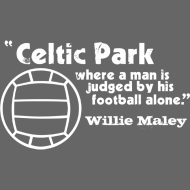 Yesterday was a fun packed day. I had a day off so slept late, went to Leith for a few pints with an old mate and then came home to find two stories about me and my new film, Armageddon, in two tabloids. Anyone who knows me knows that I don't deal with tabloid newspapers. The fact is though none of them contacted me regarding the stories and that's among the reasons why there is very little story in them.

Firstly, and please stop me if you think I am patronising you, this film is not about the liquidation of Rangers (IL). I did that film, remember? Secondly, this film is not entirely about Newco. As I've said on numerous occasions, the film is in three sections, Newco, Oppression and Invincible. It comes from a book that I finished, also called Armageddon.

Secondly, I know the point of these stories. It's twofold. The first is they actually believe they are telling Celtic something new about me showing a film there. The other part is more sinister and is something I am well used to-expose the target on my back. Don't for one second believe "All publicity is good publicity" because it's hard to buy that when you wake up in the morning to yet more death threats.

The point is though, the show must go on.

See you in March.
Posted by Paul Larkin at 4:08 AM No comments: