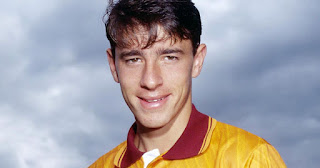 In the melee of games we are in, it is important to remember that the cup final tomorrow isn't just about the game itself. We are approaching the 10th anniversary of the passing of one of our own. I walked out a subway on 53rd street in New York and my phone alerted me to the news that Phil O'Donnell had died. It stopped me in my tracks on a cold afternoon. There was an air of disbelief among the Celtic support, and wider Scottish football community, that this could happen to someone so young and to someone who meant so much to so many.

Phil was one of us.

I've spoken to his close friends who told me that when they went to console Eileen and his family, they felt like wee boys sitting on his couch, not knowing what to say or do. Would anyone know?

I don't want to hover over the sadness any more though, because Phil had a life less ordinary. He scored for Motherwell in a winning cup final when just a teenager, he fulfilled his lifelong dream of signing and playing for Celtic, he played in the English Premier League and he left a mark on all that knew him.

There are many stories of his life and soul nature but when that sticks out is him dancing on a table after Celtic had stopped 10 in a row, with wife Eileen in tow, and promptly falling off much to the amusement of all his watching team mates. 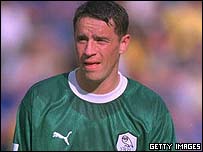 Tomorrow, his son Luc will have the cup and lead the teams out, as he does that, the wish from the family is that the Hampden air is filled with Phil's name so Luc can hear just what his Dad meant to everyone in the ground and beyond.

I think it is the least we all owe him.