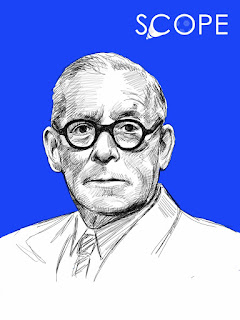 It has been a strange few weeks for those of us who keep half an eye on what goes on within the Scottish mainstream media. First you had Keith Jackson win sports writer of the year for the sixth year in a row. This is the man who brought you "Pressley for Hearts",  "Mackay for Leipzig" and told us all Sevco players were battered in the Scottish Cup Final. They tell us bloggers that we don't get held to the same standards as they do but you know and I know that if I had churned out such pish, so regularly then I would be the one getting battered.

Then we had the unwelcome return of Daryl Broadfoot to the airwaves on (where else?) Sportsound with the Kenny MacIntyre Glee Club.

The most bizarre news came though with the arrival of a site for "Old Firm Fans". Now, aside from the fact that those not hard of thinking know the "Old Firm" died with Rangers in 2012, there is no such thing as an "Old Firm Fan". Never has been and now there is no opportunity for there ever to be. Which makes news of this new "Scope" platform all the more bizarre. Set up by Graham Ruthven and Stefan Bienkowski, both of whom seem to have all-of-a-sudden developed an enthusiasm for Scottish football, it is the worst kind of media. Ruthven describes himself as a Stirling fan whilst Bienkowski calls himself a "lapsed Celtic fan" so it begs the question, why bother setting this up?

It is a subscription service so the obvious answer is money but what can they provide that folk would pay for? They won't get exclusive access to anything and any time I saw either at a press conference they weren't even asking questions never mind breaking news lines or encouraging interviewees to open up. Yet they are calling their future content "Premium".

Even looking at their online output just now, one seemed totally focused on German football and the other talks of moving to America,

Both like denying Rangers died as well. So perhaps it is yet another attempt to make Sevco relevant.

There is quality fan media all over the place and I know all the Celtic sites and pods that have been on the go for years. They provide top quality content and do not charge a penny.  They do it out of love. They aren't trying to exploit anyone and, most importantly, they live in the real world.

That should be enough scope for you to completely swerve this Newco,
Posted by Paul Larkin at 1:08 AM No comments:

Anyone but Celtic in Las Vegas-How to buy tickets

If you click on the link above, it will take you to the page that you can buy tickets for the screening which is one Thursday June 8th at 4pm in the main hall of The Westgate Hotel. Tickets are $10 each.

Afterwards there will be a Q&A with John Fallon and I.

As this is the last screening of the tour, I hope to see as many of you there as possible so we can go out in style. 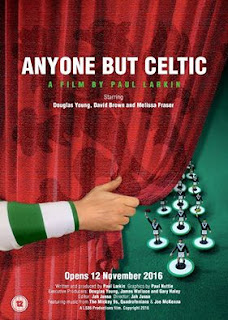 Anyone but Celtic available to pre-order

You can now pre-order the DVD, Stream and updated book of Anyone but Celtic 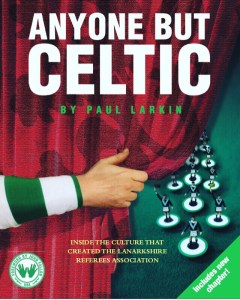 Posted by Paul Larkin at 1:15 AM No comments: