ABC has wrapped but the LRA have a way to go

On Sunday we did our final shooting for 'Anyone but Celtic'. This film did take a lot longer than The Asterisk Years simply because it was a bigger production with a lot more people involved. That made my job (producer) a hell of a lot harder than last time but I also learned a lot more about the process. So much so that offers have came in for me to produce films with much bigger budgets and world famous cast members, so I can't complain.

The process now is in post-production with a final cut of the film pencilled in for October 28th. This is Jah's department. I say again, the magic in any film is in the editing. What we need is a documentary that folk will both understand and be entertained by and that requires talent and no little amount of training. So FFS don't interrupt him between now and then...

So where are we with everything else?

Well those intrepid brothers at the Lanarkshire Referees Association are still investigating me. They are celebrating the fact they have found the source of the film, a guy called Jim Larkins (pictured below) 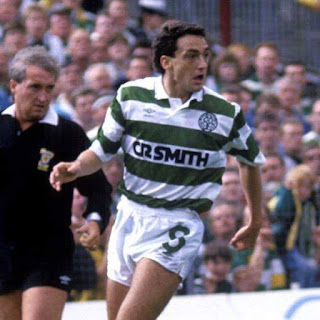 This led to a good few jars in the lodge and plans afoot to discredit the film.

If you are reading this brothers, just one more thing as Colombo would say, my name is Paul LARKIN.

In terms of the tour, the premiere is completely and utterly sold out, end of.

Tickets for all other gigs are available from the venues. 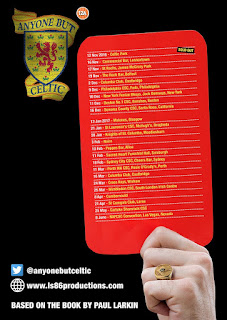 Speaking of other venues, we are still taking gigs all the time and if you are interested, here is all you need to know: 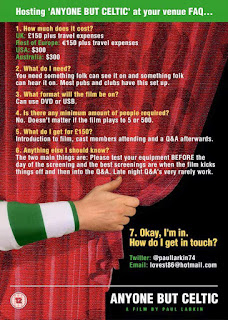 Other than that, all the premiere preparations are now done and that is ready to rock.

We hope you can join us along the way.
Posted by Paul Larkin at 7:33 AM