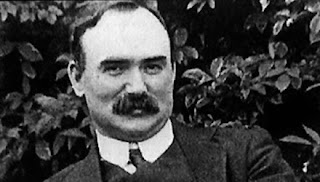 Identity is something that is often debated and dissected to death. It can be suppressed, oppressed and some can even be scared to promote their own.

Easter is about a lot of things to a lot of people but, for me, its about remembering the men and women who gave their lives for the cause of Irish freedom.

When the likes of James Connolly and Patrick Pearse took on an empire, they weren't scared. Connolly was, in fact, realistic. He knew they could not win but hoped to inspire future generations to claim their identity and deliver freedom for Ireland.

Connolly was a visionary amongst many other things.

As we get closer to the 100th anniversary of their sacrifice, Ireland is in a poor place just now. Run by gutless cowards who preach about then people but then happily rob the people. They couldn't spell leadership.

Two men that could not only spell it, but provide it day in, day out, are Gerry Adams and Martin McGuinness, who have outlasted all their rivals, and speak of an Ireland free of poverty, greed and of an Irish, socialist republic.

This was Connolly's dream also.

Men who knew who knew popular opinion wasn't with them, but didn't flip flop just to be popular.

Like these men before us, we should never deny who we are, ever.

And we should never forget them either.
Posted by Paul Larkin at 3:26 AM