Swimming trunks at the ready 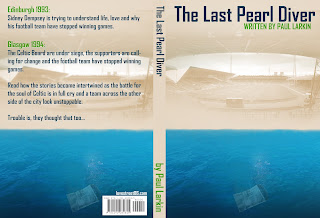 Well, another book is just over a month away.Although, for one person, it will be a lot sooner, more of that in my next blog or tune in to @homebhoys tonight to find out what the hell I'm on about.

I started this book last summer, I knew then I'd be at College at all year and wanted something "in the can" so to speak, and the last line actually only went in the book last week. I always had the idea of what I wanted to do with this book but it was the last book laumch in November that gave me a new twist to it. I'll reveal exactly what at the do in April and then listening to a song one day whilst out walking two weeks ago gave me another twist and the idea of how to follow up this book next year.

This was the first time I also sent a sample of my work round publishers that aren't exclusively online. Six publishers were contacted, four rejected it after periods of between one and three months, two said they would like to pursue a deal.

There was a time when I'd have given my right arm to see my stuff in somewhere like Waterstones but two things made me reject the deals. The first was I'd be dealing with people who didn't know me, were setting out something for a three month blast and quick profit and whose ideas of gaining publicity all involved dealing with the red tops. After the constant blasting I do towards said newspapers, that's not a route I'd ever take.

Secondly, I went into a Waterstones one day and was looking at the multitude of books in the shop and thought "How the hell is my book ever going to stand out among all these?" and that was that.

The money aspect was totally different between both publishers. One was a percentage of books sold, smaller than what I get now but bigger exposure so probably more in long run and the other was a lump sum. That would have been nice but, and I can say this as I have basically none, it's not about the money. 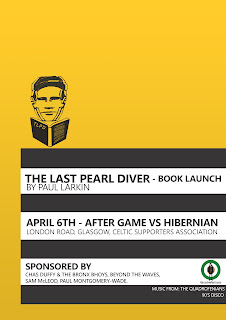 I am heavily influenced by how Factory Records ran themselves (Which is why that poster above looks like it does). Sure, they burnt out in the end, but in between times they produced the best music ever in my opinion and it was all done amongst their own people. That's how I like to work. Everyone involved in the books, from the minute I have the idea right up until you're reading it, is a friend of mine and that's how I like it.

This means I have great designers and PR experrts at my fingertips who also have a real passion for what I do and it works well, so no need to change really.

Of course all this means that I do most of the publicity myself. I say most, I get great help from @shoegirl1881 and from you as well.

Various things are in place already.

A video interview I did a couple of weeks ago will be published this Friday,

A podcast looking at some of the previous book launches through the eyes of the folk who came will be ready for download the following Friday.

I'll be punting my wares, as usual, on @HomeBhoys most Monday nights.

I'm doing a @btwcelticshow special on the book, on Easter Sunday.

and, of course, I'll be tweeting and doing facebook updates as well.

So, point being, I'll try not to make you completely sick of me.

In terms of the actual story in the book, describing what I try to do is probably the hardest aspect about what I do. I think the story is best described as a sort of "Small victories in extreme adversity" which is something I know a lot of people can relate to.

At the book launch itself, I'll be talking far more in depth about it and doing a reading from the book as well, so you will be spared my usual ranting and calls to arms for once.

The best thing about writing books and getting recognised is the people you meet. I meet all sorts and basically steal wee bits of their life or personality and put them in books. They inspire and enrich me every day and, best of all, they are all Tims.

That's what it's all about.