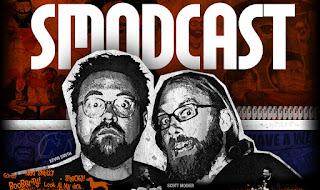 I've been listening to a lot of non-Celtic podcasts recently. Partly because other sports I like are gearing up and partly because I finally realised there is no good new music left out there so I have been subscribing like crazy to podcasts about stuff other than Celtic I am interested in.

The first thing that has struck me about them is that, and this sounds really stupid given I've been on podcasts and shows for two years now, most of them are exactly the same formats as what you get on the Celtic and football podcasts that go around my world.

The formats that seem to be most popular, and in my view work best, are two people batting back and forth or four people going "round the table" so to speak.

Obviously some of the shows are edited radio shows but they are edited so well that they sound like they were done as podcasts. A lot of work goes into that, I've researched recently, and you have to take your hat off to guys like @chrislostbhoy and @carlukeshamrock because I know that's exactly what they do when they record first then edit.

You need a good dynamic on any podcast which means folk are comfortable enough to speak without getting shouted down. The ESPN shows are great for that, ESPN in America that is, as they often have two man shows and have two guys really going at it at times but they effortlessly move onto a new subject and new mood as well. That seems very important to me.

A radio station in New York does pods where it just takes small chunks of radio shows, almost always hosted by one person, and lets you hear intros, interviews and important bits of information. It's a good idea as it puts you into the picture of what is going on in New York sports in about 15 minutes.

I also have been listening to a lot of comedy podcasts or just random ones and, again, the format is roughly the same, it's just the topics can be anything and that randomness really works as well. Whether it's a sharp-shooting comedian or a stoned @thatkevinsmith, on his own Smodcast, it can often be absolutely captivating.

I'm actually listening to a pod right now of a show that was on in New York in the early hours of Tuesday morning after listening to TicTalk earlier and it's amazing how similar they are despite the totally different subject matter.

My own view is that we are only at the start of the podcast era. Looking at the numbers of these other podcasts I have been listening to, they are good, but they don't compare to how many listen live if  it's also a radio show.

The point of these words is simply to say that podcasts are a medium I love. I've been listening to Kevin Smith's since day one(been a huge fan for 20 years) The first Celtic one I ever listened to The LostBhoys which turned me onto the, now sadly gone, Celtic Underground one, and then it was @homebhoys and @btwcelticshow

Now, I've been on @btwcelticshow and The LostBhoys and obviously you can hear me ranting every Monday on @homebhoys and I can honeslty say it's a great experience.

So is listening to other shows, and hearing the passion that comes out of them.

Or hearing @thatkevinsmith talking about you can't be God until you've been nailed to wood.

That's the beauty in a nutshell, podcasts are living, breathing things and hey are cerainly making up for that fact that all new music, is, well, crap.