The Sevco MacGuffin is over 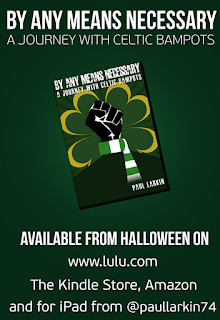 A MacGuffin is a little tool directors use in films. Put simply it is "a plot element that catches the viewers' attention or drives the plot of a work of fiction".

That's what we have all been subject to from Sevco, Charles Green and all, this notion that Rangers were still alive, the fans were still supporting the same club and it was still "No Surrender".

On Halloween, Lord Hodge was the pin that burst that bubble.

This is a nghtmare for Charles Green as he tries a "share issue" to raise £20m. He wanted to be portrayed as their saviour, the man with a plan and all that. Sadly for Charles, reality is a bitch.

As he sat at Ibrox on Wednesday, in the knowledge that his work of fiction had been seen for what it is, his Sevco team were being obliterated on the park by Inverness Caley Thistle. It was the worst day in Charlie's shakedown and he knew it.

Until today that is.

The tax man is now sniffing about him and Zeus Capital, or the off shoot, Zeus Partners, the company he used to finance Sevco, and who own two million shares in Sevco as well.

Zeus, described as "The primary advisers on the deal" by Sevco Chairman, Malcolm Murray, it is safe to say that the Sevco house of cards just lost one from the bottom.

And not even Alfred Hitchcock could convince you otherwise.