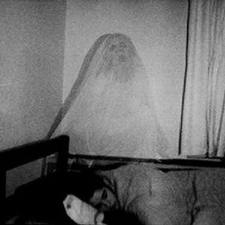 Ghosts aren't real. There is no evidence anywhere that proves they have ever existed. Further more, it's actually true that ghosts were manufactured. Why? After World War One, people could not cope with the enormous loss of life. There was a very real possibility that the world would never get over this war that was supposed to end all wars.

So plans were hatched.

Suddenly, mediums were appearing everywhere, reassuring the grief stricken that their loved ones weren't gone and, for a price, they could speak to them once again.

Charles Green launched a share issue this week to raise £20m for working capital. Amidst a campaign of fear and intimidation against anyone who speaks out against Sevco, aided by a media still asleep at the wheel, a media who will go crazy if you call Inverness Caledonian Thistle "Caley" but plead stupidity when pulled up on calling Sevco "Rangers" and a media who don't see a problem with anything Charles Green says despite almost all of it being blatant lies.

Green has managed to convince the hard of thinking in Scotland that Sevco are debt free and that he "saved them", three months after saying a failed CVA meant the end of Rangers. A brass neck that even Mitt Romney would have problems with.

Funny thing though, the Zombies are realising that they are just that. After all, why would they be offended at one being shot?

The problem Green has, like the people grieving their loved ones after 1918, is that another war is just round the corner.

That's because, like mediums and Derren Brown types, it's all a load of bollocks to appease people at their weakest.