EBT? No problem for the BBC. 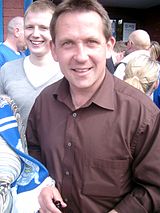 You will have noticed an increasing willingness on the part of the BBC to spend money paying beneficiaries of Rangers, now deceased, EBT scheme which they ran illegally.

One of the voices that we have been hearing more and more of is that of Ian Murray, he of the year long testimonial. 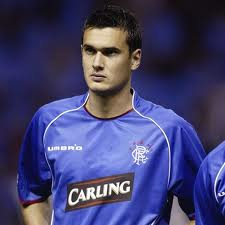 It was revealed recently that Ian Murray received £95,000 illegaly from Rangers, now deceased, and when questioned on this he stumbled and stuttered his way through his answer. Or was that the answer to "What is your name?" It's hard to tell with Ian.

Then there is good old Billy Dodds. Has there ever been a man so thick, given so many platforms in the Scottish media. Ok, don't answer that. Coincidentally Billy was given these platforms after he was caught out lying live on BBC Sportsound.

When Billy appeared again on air, after gardening leave, one listener wasn't having it and complained, here's the reply:

Thank you for contacting us. Your comments were passed to the Head of Sport, who has asked that I forward his response as follows:

"I note your comments regarding Billy Dodds.

To the best of my knowledge, prior to the edition of Sportsound broadcast on March 2nd, Billy Dodds had neither been asked nor commented on whether he had ever received a payment by way of an EBT.

On Sportsound on March 2nd he was asked by Jim Spence if he had ever benefitted from an EBT. He avoided answering the question and Jim Spence did not ask him a second time.

Choosing not to answer a question is not the same as lying. Billy went on to say that he had always received his wages as a conventional payment and that during his time as a player at Rangers he had never heard any talk of EBTs.

He stands by this assertion and is adamant that he first heard mention of an EBT when Rangers FC asked him to accept his severance payment by way of an EBT.

His position is that this resulted in him receiving no more and no less than the sum that was due to him after the deduction of income tax. Rangers FC provided him with a letter confirming that any tax liabilities lay with the club.

It is worth noting that EBTs are not in themselves illegal and a result is still pending in the appeal tribunal case involving Rangers."

Thank you, once again, for taking the time to contact us.

Details of the BBC complaints process are available online at http://www.bbc.co.uk/complaints/handle.shtml


Most Internet Bampots will see more holes in that than a goal net and it's frankly laughable to suggest that as EBT's are ok, Billy is fine. Given that Rangers, now deceased, ran the scheme illegally, That's like saying murder is ok because people die.

Albert, Dougie and Wim is available on the following formats