A hazy shade of bright 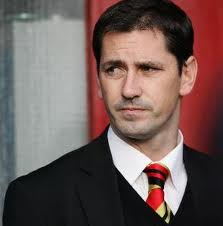 I enjoyed the Firhill Tournament at the weekend. I've had little chance to see the Celtic development squad live in recent years and a nice atmosphere with four good games made it a good couple of days. In the last six months I've been to Falkirk, Raith, Partick and Spartans and I noticed they have come up with a novel concept, treating the supporters well.

It will never catch on.

I was interested to see what Celtic had coming through and what progress, if any, guys like Rasmussen and Josh Thomson had made. The plus points of the Celtic team were Tony Watt, who will terrorise defences in Scotland for years to come, Calum McGregor who has talent in abundance and Jackson Irvine who, aaginst Airdrie in particular, looked tenacious and willing to work at all times.

Motten Rasmussen is a strange story. Bought for good money in January 2010, he looked completely out of his depth against Partick Thistle amd Airdrie, constantly moaned at his team mates and even took manager, Stephen Frail, to task at one point. It's easy to see why he hasn't made it and no one wants him. Josh Thomson, like the song, remains the same. Ok at defending deep but still being dragged into corners and looking cumbersome. I will reserve judgement on Toshney and Fraser, neither played well, but they are still young. Andre Blackman still remains a completely mystery though, showing nothing to suggest he should be anywhere near a club like Celtic.

I have to say Airdrie were impressive in the first game against Everton, Donnelly and Boyle up front were a real handful and I am positive they will surprise a few in SF1 this year.

Everton were big and strong but not much technique going about.

Partick Thistle were the real standout at the weekend.

Quite frankly, they battered Celtic and Everton.

I've seen Thistle a few times in the last six months and Jackie McNamara is building a very decent side there. Shrewd acquisitions like Hugh Murray and Sean Welsh have soldified the midfield whilst Stephen Lawless looks like a ready made replacement for last seasons top scorer, Paul Cairney.

With Simon Donnelly at his side, there could well be a strong challenge for the SPL from Thistle this season and after that?

Well, who knows what the future holds...