What did they cost you? 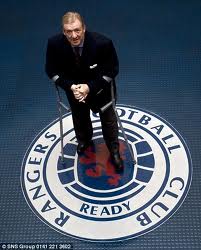 We all remember that feeling walking out of Rugby Park nine years ago on May 25th. Despite winning the title three times down there since, it didn't make up for the fact that how could such a great Celtic team end a season with nothing?

There will be lots of blogs and opinions in the aftermath of Scotland's Enron last night but although there were plenty moments of fun throughout Mark Daly's programme I was left feeling sick by it. If we take into account that their investigation started from 2001 and saw huge amount of financial vandalism, the real cost to supporters isn't just the titles and trophies their teams missed out on, but much did you actually pay to prop up a corrupt league?

That decision can only be expulsion. There is no argument whatsoever for Rangers ever being allowed to play football again.

All supporters in Scotland now know the full extent of the corruption.

And just think back to how you felt at Rugby Park in 2003.