A guide to recognising your Saints 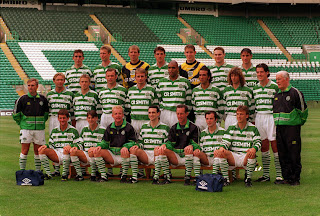 Fans of Sport in America will know this story, for those who don't, here is a summary. A disgruntled former employee notified the NFL that the New Orleans Saints defence had a pool of money put in by players that would pay players if they knocked an opposing player out of a game. Something like $5,000 for a hit. The Defensive Coordinator, Greg Williams, not only knew about this, but actively encouraged it. With the NFL being sued by former players over concussions and the like, the NFL has decided they must stop this and make an example out of the Saints, even though its clear that this happens everywhere in the NFL. The Saints head coach Sean Payton has been banned from American football for one year, and General Manager, Mickey Loomis, for eight games. Neither of them had knowledge of what Williams was doing.  Williams has been caught on tape in defensive meetings listing injuries that other team players had before games, basically telling players "hit this guy in the knee" and so on. Gregg Williams has been banned indefinitely and will most likely not be able to work in the NFL ever again.  Recently the NFL has handed down bans for some players involved. The problem is, and the NFL players Union is calling the NFL out on the fact, that there is no proof that players carried out any of these hits. When they went back and looked at all of the games where a "bounty" was supposedly in effect, they haven't found any unusual or illegal hits outside of what normally happens in a game. Unfortunately for the Saints front office, there is no appeal process and they don't have a union and work at the whim of the NFL Commissioner. The players having a union behind them is going to make this very messy for the NFL as there is seemingly no proof of any wrongdoing by players.

Here we have the notion of sporting intergrity being compromised and BANG bans and suspensions are handed out all over the place. Meanwhile in Planet Scotland it seems sporting integrity means vey little if it also means that Rangers will be punished. Forget the laughable reaction to the registration ban in a time where they have no cash anyway, the real issues of sporting integrity come from the double contracts investigation and the issue of a Newco being parachuted into the SPL. My last blog provoked of a reaction, some totally in favour, others on the fence, one telling me I'm not a Celtic supporter. I can deal with that on the basis that I, nor anyone, needs to justify their support of Celtic. I've bantered plenty in my life about folk who didn't go cause of nagging partners, work committments and so on, but you never doubted where their heart would be. Make no mistake about it, Scottish football is at its watershed moment.

I had a chance encounter this morning with a Celtic player from the 95/96 season and that gave me the chance to ask him a few questions about the Rangers thing and the notion that Celtic were fighting unseen forces. He thought about it for a while and then said "There was a feeling at the time that whatever we did, they were always one step ahead of us no matter what" When I pushed him on this he went on to say "in the 95/96 season we had a great side and in the last few months a lot of us have spoken about the fact that we only lost one game in the entire season yet still didn't win the league, yeah, that still rankles"

As the story of The Murray era at Rangers continues to unfold you have to wonder if Ramgers were not just one step ahead on the park, particularly in that season. It took the McCann/Burns regime one season to catch up with Ramgers. You have to wonder how things would have turned out had they had a level playing field.

It's also difficult not to let your mind wander about what would be happening now if the NFL, not the SPL, ran Scottish football.
Posted by Paul Larkin at 12:50 AM