Nothing Average about Joe. 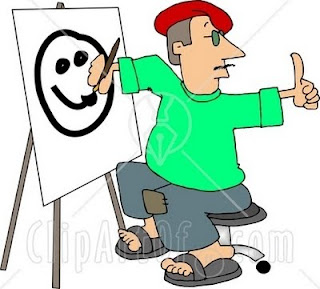 When you're writing a book, it is impossible to do it on your own and anyone who tells you different is lying. Especially when you are a nobody like me. At very best I might get someone look at me at a Celtic game and say "That's that cunt that wrote book eh?". One time I got a story for my first book, The Football Club, which wasn't really funny or interesting at all. When you're controlling the nub, you can't just put anything in for the sake of it, especially when a charity is involved, as they are the ones who will lose it when cost of production goes up. So I had to tell them, in a letter, it wasn't going to be in. Then, for years later, they would see me at games and just kind of glare at me. Honestly. So when I am selling books, I need all the help I can get so, at the very least, others will be glared at too.

The biggest help and most consistent partner in all my stuff has been Average Joe Miller. Most of you will know Joe as a founder of NTV, something he bizarrely was not credited for on the Official History of Celtic DVD. When I did my first book in 2002, I had Chris "Tonguemeister" McComb doing the cover at first, or so I thought, and whilst Chris did all he could, the real talent behind it was Joe. Of course, I didn't find that out til after it came out, for shame. So from then on, when any new book project is go, the first call is always to Joe.

His covers always have a huge impact and in the world of social media, it is essential you have something that can go viral in case it actually does. You can see other books without that talent and no matter how good the writing is inside it, most won't get past that cover if it's a standard one. I couldn't even attempt to do it either.

The fact that all this comes for the price of just his intake of Guinness a night, or £7000 a week, whatever you prefer, makes things much less complicated. 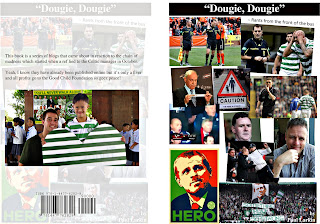 "Dougie, Dougie"-Rants from the front of the bus is out on Friday.
Posted by Paul Larkin at 9:44 AM