Let the huns win everything 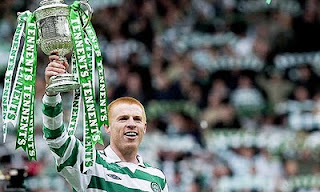 Not a sentence I ever saw myself writing but the only way this madness will ever end. The implosion that should have happened two years ago down Ibrox way is finally happening now, on and off the park, and of course when that happens, you know the high profile Fenians will cop it. None more so than Neil Lennon. I'm fed up of arguing against these morons, they hate us, they hate Neil Lennon and that will never ever change. Neil is their bogeyman, his arrival as a player at Celtic coincided with an upturn in our fortunes, his taking of the captaincy saw him lift trophies for fun, coming back as a coach saw us snatch the league in 2008 and his stint as manager has seen the best football at Celtic Park for seven years. They have tried anything and everything to get rid of him, assaults, death threats, bullets, graffiti, abuse, you name it, they'll do it. Then the media will ignore it. We even had Dickie Gough wheeled out claim he brings it all on himself. This is a man who shat all over his three countries, played with the likes of Goram and Gazza and tried to go toe to toe with a Scotland manager, he's telling Neil Lennon that he brings it all on himself? The "Whaes like us" garbage that some Scots believe has been replaced by one of the most polarised countries on the planet, if indeed it ever did exist and still the media sit silent. Fanatical huns like Keith Jackson and Graham Speirs have gone into overdrive to tell Neil Lennon how to behave and act. Listen guys, see if you ever achieve anything like the success Neil Lennon has, then you can have an opinion on his behaviour. Until then, shut the fuck up about him and do your job.

See, that's why I said the thing about letting the huns win everything, because the real way for this madness to end is a media who can do their job (see Mac Giolla Bhain, Phil) and an admission from the huns that they have a serious problem with racism, sectarianism and a huge superiority complex. There is as much chance of that happening as there is of Martin Bain being asked to go on Mastermind, so until then the campaign to demonise Neil Lennon will go on, hand in hand with the desperation to let Walter Myth win something before he gets put down.

Well, we've got news for you, we're not taking it on the chin now.
Posted by Paul Larkin at 6:59 PM