Celtic at The Riviera 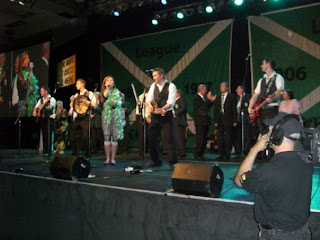 We are into March, not long now. The bi-annual Las Vegas shindig brought to you by the NAFCSC is fast approaching and if you haven't been before, do anything and everything you can to go. An event run professionally by the likes of Jacky Meehan, Tam Donnelly, Peter Millgan and Mike Boyd, this is an event that has been imprinted on the Celtic calendar. I've visited myself three times and each time you get the feeling that you could well be entering Heaven, what with 24 hour drinking, gambling and Tims everywhere, what more do you want?
Legendary players? Check.
Pool Party? Check.
Great music? Check.
VFM? Check.

In fact, just check out here and do yourself a favour. http://www.nafcsc.com/
Posted by Paul Larkin at 7:42 PM No comments:

What the World is waiting for 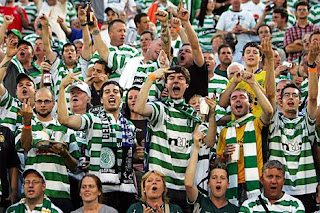 You see the uprisings in the Middle East and North Africa, all started online. Now, after the vile video, initially journalists in Scotland were brushing it under the carpet. That is until thousands of Tims on Twitter have demanding all day they speak out, expose it. Slowly but surely they are from Graham Spiers to Gerry who reads the Sport on STV, they are issuing statements condemning. It’s not perfect but it’s a start and it shows now the power is returning to the people.
Posted by Paul Larkin at 10:16 AM No comments:

We don't care what the animals say 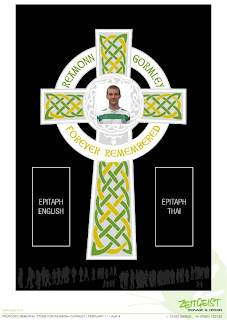 The news today that Celtic supporters round the world have raised £20,000 for the Good Child Foundation in just two weeks should act as a wake up call to supporters of other clubs. The amount of derision that Celtic supporters face in Scotland is remarkable considering the feats and achievements of Celtic supporters as a collective. There's always been a campaign to group us in with the huns, a bizarre concept that people really haven't thought through. Then of course we have the media and huns(surely the same thing?Ed) who for years poked fun at the "The Greatest Fans In The World" tag and strangely went silent when UEFA and FIFA named us, er, The Greatest Fans In The World. Opposing fans will always oppose, or Haters gonna Hate as Jay Z would say, but the evidence is stacking up and yet again, when one of our own are taken from us, Celtic supporters act. Billy McNeill always said there is a fairytale aspect of Celtic that can't be put into words. Reamonn Gormley knew that, that's why he went to Thailand to play a part in the phenomenon that is "The Thai Tims". He knew little of that fairytale when he was stabbed to death on a Blantyre street after watching his team on TV in a hotel. The blight of knife crime is engulfing Scotland at an alarming rate and when life is taken from one so young, with so much to offer, it eats away at the very essence of humanity. We all have a part to play, my own miniscule contribution is to donate 20% from new book, my club has organised a Race Night and Sponsored Walk, fan forums like http://www.celticminded.com/ and http://www.huddleboard.net/ have been inspirational in their support as have the good people at CQN. This blog is dedicated to Reamonn, Paul Lennon and every member of the Celtic family, you really are the greatest.
Posted by Paul Larkin at 7:16 AM No comments: 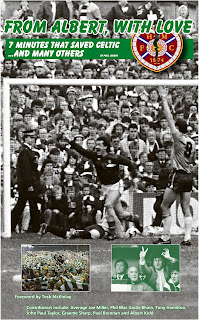 An often writer for this blog has written a book, so here goes with a, hopefully, unbiased, review. I'm not normally one for nostalgia things, those shows on TV when they all look back at how great the 90s were and so on, so I wasn't sure how I'd take to this. Thankfully this doesn't do too much wallowing in the past. The first thing I realised after reading this was how bizarre a season 85/86 was. I completely forgot that there was a TV strike for a large part of it but do remember the Saint and Greavsie taking Frank McAvennie across a bridge in London and no one knowing who he was. There's a lot of personal memories in here and some are great, I really loved the ones from Jason Higgins and Paul Brennan in particular as the referenced the tranny a lot without you thinking about Rupaul. I also loved the insight from Albert Kidd, I'd never really heard his version of events before and was amazed at the post-match dressing room story. Overall this is a good book that will appeal to Tims of a certain generation and a great cause of the Thai Tims who I was only recently made aware of myself. If I have one criticism of the book it's that I would like to have seen some pictures from the time for maximum effect and maybe some more input from Celtic players of the time. 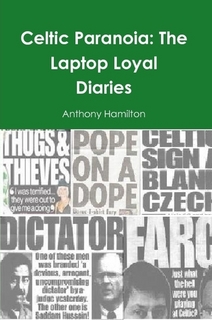 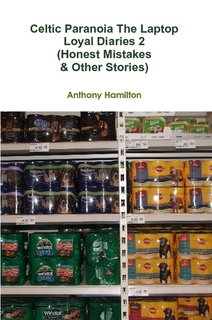 First of all, let me apologise for reviewing both at the same, I got one then had to get the other and, you know how it goes. A weird sensation came over when reading these(steady), the more I read, the more I thought "Did I write this? Has someone read my mind?" because when you read this, you find your head nodding and blood boiling, pretty much as it did the first time round. What Tony Hamilton has done here is shine the spotlight on the Scottish media in the last nine years and if you didn't know different, you'd swear they couldn't make it up. Reporting of us and reporting of The Huns is put side by side and the results are staggering if unsurprising. Put it this way if you thought you hated messrs Traynor, Jackson and Leckie now, wait til you read these books. The writing style and witty remarks of Tony are a must read for all Tims and all fools who think we're paranoid. Quite simply, if you're one of us, this is the diary of your own mind from the last nine years. Buy, read and have the valium ready...
http://www.lulu.com/product/paperback/celtic-paranoia-the-laptop-loyal-diaries-2-%28honest-mistakes-other-stories%29/13628952?productTrackingContext=product_view/recently_viewed/left/2
Posted by Paul Larkin at 8:16 AM No comments:

The Revolution will be blogged 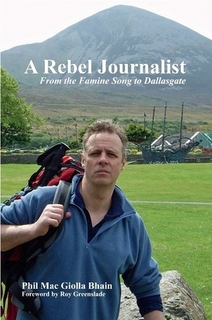 I only received my copy of Phil's new book yesterday and only put it down to watch Celtic thrash Aberdeen. So a review is easy. People of a Celtic persuasion have long suspected, and often seen exposed, an undercurrent of  hatred towards them and anything relating to Ireland in the country of Scotland. It's one thing saying it, it's another to prove it. Then here comes Phil. Quite simple Phil Mac Giolla Bhain is our torch. His forensic style of journalism has put a huge spotlight on the bigots and racists in Scotland and it is documented here in this wonderful book. His blogs (http://www.philmacgiollabhain.com/)  are a must read and they are very much at the forefront of New Media and what can be achieved through it. For anoraks like myself, the devil is always in the detail and Phil is sort of guy who leaves no stone unturned. In a world madness through the Internet, it would be easy to print anything and get away with it, it's not something Phil does, his stories are sourced and sourced again and if it doesn't stand up, it doesn't go public. I think that's what journalism is meant to be. I like Phil's style, he's not an appeaser and has no desire to be "one of the boys", although he certainly is a Bhoy, the kind of "Uppity Fenian" the establishment hate and I bloody love. So my advice is this, see if every time you turn on the news or pick up a paper in Scotland and you find yourself shaking your head, buy this book, because you're not alone.

http://www.lulu.com/product/paperback/a-rebel-journalist/14684710
Posted by Paul Larkin at 8:39 AM No comments: