What do you do with a Bill? Lance it. 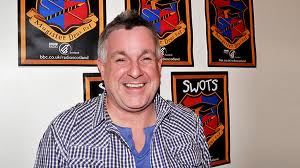 The hysterical rantings of Bill Leckie after we pumped his team on Sunday should come as no surprise to seasoned Laptop Loyal watchers. This is a man who once started an article "I don't like Martin O'Neill". What is up for debate and is by far the most important issue is what we do to hit back.

Leckie reminds me of another reptile in the media, one Steven Cohen(not Stephen of course), who spent show after show in America blaming Liverpool fans for the Hillsborough disaster. Fans of most clubs campaigned against Cohen, a Chelsea fan from London, but in the end it was the following statements that were his undoing:

Liverpool Football Club: "Mr Cohen has obviously never taken the time to read the Taylor Report which stated clearly that ticketless fans were not a contributory factor or responsible for the events of that day. To use the 20th anniversary of the disaster to repeat false claims about Liverpool fans (which Mr Cohen first broadcast and then apologised for in 2006) is even more unacceptable."

Chelsea Football Club "We have distanced ourselves and will continue to distance ourselves from any comments that disrespect the memory of Hillsborough. We can see no benefit of giving him legitimacy by the club singling him out. Giving Mr. Cohen oxygen is the worst thing we could do. He is not a representative, nor ever has been a representative of the club."

That is the way ahead, over to you Celtic.
Posted by Paul Larkin at 7:12 PM